Combat in Divinity: Original Sin Enhanced Edition is a turn-based system with tactical precision, encouraging players to make strategic decisions. With the aid of your party and friendly NPCs, you will engage in battle with evil enemies; with just the right amount of luck and planning, you will emerge victorious. Combat begins as soon as you get close enough to enemies to be noticed or when you actively engage an enemy. When your party is split up and one character picks a fight, the game will only be in turn-based mode for that character. The other party members can still walk around freely, start their own fights, or even join that character while combat is in progress. 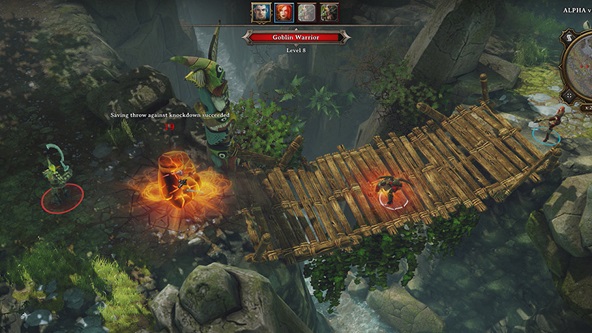