Warming The Crowd is a Side Quest in Divinity: Original Sin Enhanced Edition. You will find yourself in the "Show Biz" for a bit, heralding audience for Cedric from Reginald. This quest can be started by speaking with Cedric on his empty stage in the southern part of the city of Cyseal. 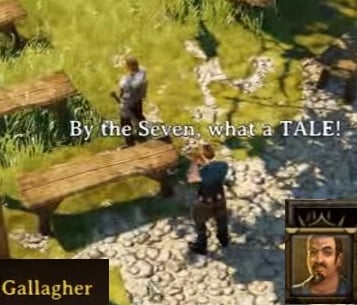